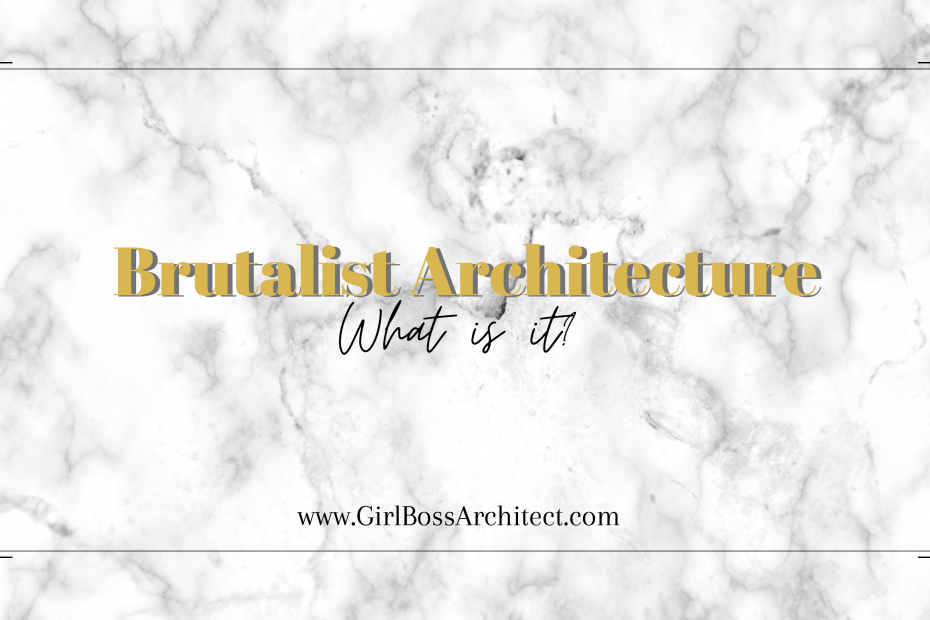 Brutalist Architecture or Brutalism is an architecture style that emerged in the 1950s until the early 20th century. It was British architects Alison and Peter Smithson who coined the term “Brutalism” which was later on popularized by Reyner Banham, an architectural historian in 1954. It was derived from the term “Béton brut” which means “raw concrete”, and was commonly used for universities, shopping centers, government projects, car parks, and high-rise flats.

*This post may contain affiliate links which means I may receive a small commission, at no additional cost to you.*

Brutalism has both the purpose of ideology and aesthetics. Its concept promotes that structural components should be visible; whilst its “aesthetics” show the prominence of building materials, particularly concrete.

This movement was criticized for its unwelcoming and inhuman characteristics and therefore started its decline in the 1970s.

Characteristics of Brutalist buildings include their appearance that’s monolithic and massive, and with a lot of blocks. It has a rigidly geometric style and uses a lot of poured concrete. It has rough and unfinished surfaces, heavy-looking materials, with straight lines and unusual shapes, and small windows. It also has modularity where elements form masses of specific functional zones grouped forming a whole.

Aside from the use of concrete, Brutalist structures also use steel, glass, bricks, and rough-hewn stones. These structures are expensive to maintain but difficult to destroy and therefore can’t easily be remodeled. They tend to stay the way the architect intends them to be.

Because of the materials used in these buildings, it creates a solid look and feel, fortress-like, imposing, and also visually heavy. It follows the modernist cry of “form follows function”, where architects pay less attention to decorative aspects of the design.

Some of the iconic architecture that uses the concept of Brutalism include:

Support our website by shopping through the links below!

This site uses Akismet to reduce spam. Learn how your comment data is processed.

We use cookies on our website to give you the most relevant experience by remembering your preferences and repeat visits. By clicking “Accept”, you consent to the use of ALL the cookies.
Do not sell my personal information.
Cookie SettingsAccept
Manage consent

This website uses cookies to improve your experience while you navigate through the website. Out of these cookies, the cookies that are categorized as necessary are stored on your browser as they are essential for the working of basic functionalities of the website. We also use third-party cookies that help us analyze and understand how you use this website. These cookies will be stored in your browser only with your consent. You also have the option to opt-out of these cookies. But opting out of some of these cookies may have an effect on your browsing experience.
Necessary Always Enabled
Necessary cookies are absolutely essential for the website to function properly. This category only includes cookies that ensures basic functionalities and security features of the website. These cookies do not store any personal information.
Non-necessary
Any cookies that may not be particularly necessary for the website to function and is used specifically to collect user personal data via analytics, ads, other embedded contents are termed as non-necessary cookies. It is mandatory to procure user consent prior to running these cookies on your website.
SAVE & ACCEPT